April 2012 – World premiere at the Boston Conservatory, Boston US. 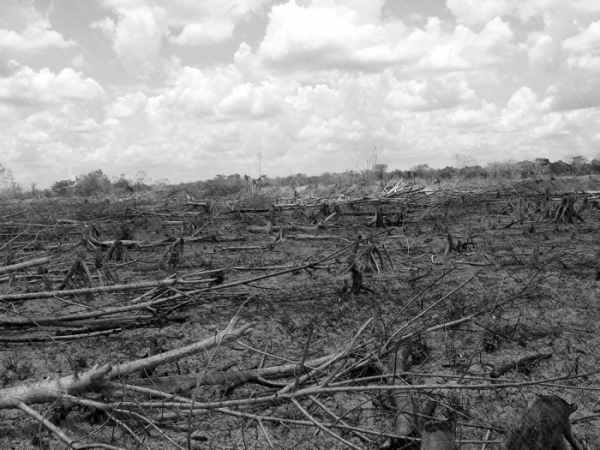 A Symphonic Epic for Four Percussionists

Save Our Souls is an emergency call to action. The human race is on its way towards the destruction of the forests, animals, the planet and itself. Almost fourteen billion years after the Big Bang, the birth of our Universe, in a tiny corner of space and time, a creature with great power is about to reverse history and to devastate its world. If we keep on trying to ignore the impact we are having on our environment, if we do not reverse growth and expansion, if we do not stop polluting our air, water and earth, then within two or three generations we will have damaged and mutilated our globe irreversibly.

Is that the way we want to go? Is this the course we want to take? We think not. We believe there is still time to change direction. We must employ our intelligence and change our objectives while we still can. We think that there are better and cleaner alternatives to our polluting habits and we must make a better use of our creativity to develop and apply these alternatives.

Save Our Souls is a musical parable that relates the history of our world in five chapters. With the use of Morse code, objects and concepts are translated into musical rhythms and moulded into a five-part Symphonic Epic. Between the powerful explosions of sound in Big Bang and the dramatic waves of complex counterpoint in Extinction, this music tells a sobering tale. Not one single note is to be played and heard that does not represent a part of the message: change or perish.

Extinctions of plant and animal species are common events but mass extinctions are relatively rare. So far in the 4.5 billion year old history of the earth there have only been five. Since some scientists estimate that up to half of the currently existing species may become extinct by 2100, the present epoch is perceived by some as witnessing the sixth mass extermination. In the past these spells of destruction were usually caused by sudden changes in the environment or climate. The cause of the present extinction crisis is often considered to be the explosive and unsustainable human population growth. Humans cause the extermination of other species through overharvesting, pollution, habitat destruction, introduction of new predators and food competitors, overhunting, and the like. These are all consequences of overpopulation. Widely suggested methods to battle the present crisis are birth control and use of alternative sources of energy and food production. A reason for a lackluster reaction of the political classes to the situation and their reluctance to start taking the necessary measures is not just the opportunism of politicians in general. A habitual lack of agreement among scientists about the nature of the state of affairs and disagreement about the causes of climate change and mass mortality creates a measure of confusion and uncertainty in the the world population that threatens paralysis and postponement of the taking of decisive measures.

In the summer of 2008 the two of us, André Douw and Enrique Mendoza, wrote a 20 minute brass quintet, thereby establishing a method of working together on the same score while still maintaining our integrity as individual composers. When two years later in the summer of 2010 we were preparing “Save Our Souls”, Enrique came up with the idea of translating words into Morse code and subsequently to use these codes as musical material. The concept for the composition was André’s, but the actual putting together of the score was done by both of us. Constructing the materials, deciding on a formal plan and then facing the challenge of making music with basically non-musical rhythms was the object of the work. Igor Stravinsky’s statement that “Music expresses nothing but itself” was taken to its ultimate consequence. The order of composition was that the last movement, Extinction, was written first, followed by Toxica and by Big Bang, then Planets and Vita.

The composition consists of five movements. Each of the movements can be played separately, but when played together they tell both a musical and an extra-musical story. Consequently a sequence is to be maintained. A slow and solemn Overture is followed by a section with a series of rhythmical variations over a quick ostinato. While the Overture has huge explosions of sound followed by slowly developing climaxes, in contrast the second movement is more dynamic and diverse in character. After this the third and middle of the five movements is built on the idea of the musical palindrome where two of the performers play the parts of the other two in backwards motion. The result is a lively and constantly changing and shifting parody of a quick and serrated dance. This is followed by an animated solo against an austere and steady background of the other three players. This solo movement in its turn leads up to the finale. After a soft and slow opening followed by wave after wave of dramatic rhythmical cadences, it builds up to a tremendous climax at the close.

The choice of instruments is left entirely to the taste and practical conditions of the players. We can imagine performances on small drums or on complete set-ups; on selections of South American, Japanese or on Indian instruments; on metal, on wood or on skin. Just one element may restrict this freedom of choice. In the first and third movements the words “Tempus et Spatium” and “Life” are translated into rhythms of long sustained duration. The importance in the story of these abstract terms asks for a special rendering in the sound of the composition: these are key concepts that should be emphasized.